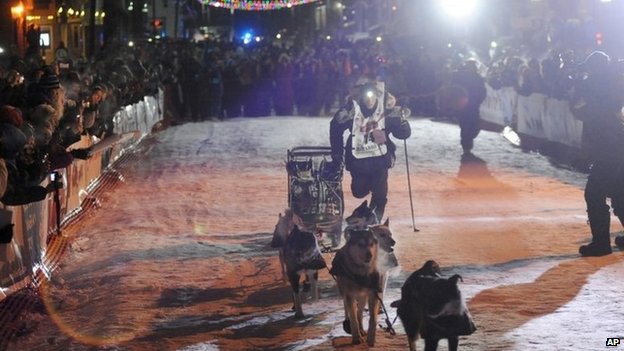 Dallas Seavey brings home the win ! Dallas finished this long intense race in 8 days , 13 hours , and 19 seconds. He broke a 2011 record he had set, Seavey is taking home $50,000 dollars along with a new lorry, which is a type of vehicle to transport goods. Dallas raced against his father , he too had won the race some years prior he placed third. It was a close one for Seavey he only won by two minutes with Ally Zirkle right behind him in second place.

My Reaction : I was excited that Seavy won ! I didn't want to do grammar , but he was bound to win he won a few time before so it was his time to win. He's very lucky that Ally didn't steal his win, she was only two minutes behind him.
Posted by Unknown at 7:36 PM