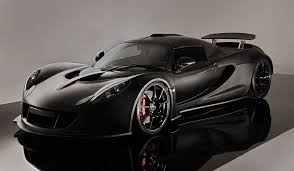 the best American and fastest sports car in the world. The car is the Hennessy Venom gt. It hit up to 270.47 mph. Faster then the Bugatti veyron hitting at 267.86 mph. When the car was still in creation the people of the Hennessy inc. Thought of it as a joke and started sketching it. that untill they actiolly started thinking of planning and that is how the Venom GT was made.They put a body of of a Lotus Exige and a 1000 twin turbo engine.  It was tested in Kennedy Space Center on the Shuttle landing facility with a 3.2 mile run way. The car was still going after it ran out of runway. It`s even cheaper then the Bugatti as well. Its cost at least $1 million  while the Bugatti in $2.5 million.

my reaction: i was pretty amaze that A american car could beat a European sports car. the fact it was a joke making the car it make the other sports car look horrible. a mid-engine car with twin turbo could beat a bugatti
http://www.foxnews.com/leisure/2014/02/24/hennessey-venom-gt-claims-top-speed-record-for-usa-at-270-mph/
Posted by Unknown at 11:52 AM

Email ThisBlogThis!Share to TwitterShare to FacebookShare to Pinterest
Labels: SPORTS