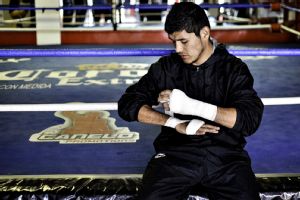 One of the most exciting things in the fast-paced sport of boxing is the knockout or K.O. for short. In this case the exciting event went terribly wrong. On  February 3, 2014, featherweight Mexican boxer Oscar Gonzales nicknamed "Fantasma",  suffered a massive brain injury in the 10th-round knockout loss to Jesus Galicia, at the Foro Polanco in Mexico City. Oscar died 2 days later. Oscar was only 23 years of age.

In this fight Oscar was the favorite boxer among the fans but he was trailing on the leader boards against his opponent Jesus Galicia. It was a rough fight and Galicia was landing unanswered punch combinations. Gonzales was getting rocked by every punch that he got hit with and he was visibly fading. He tried to clinch onto Galicia but the referee broke them up. Oscar staggered to one of the corners and spit out his mouthpiece. The referee waived the match over. Moments later a medical team surrounded Gonzales; he seemed to be having a seizure. He was given oxygen and put into a neck brace. He died that night. Fox Deportes replayed the entire fight.

My reaction: My initial reaction is that it was crazy. I never thought that something like this could happen to someone in a boxing match. Something like this is always an unpredictable event. When something as exciting as a knock out punch ends up being as tragic as it did in this case.

Email ThisBlogThis!Share to TwitterShare to FacebookShare to Pinterest
Labels: SPORTS