SUMMARY:
Human Rights Watch says illegal armed groups have disappeared in large numbers like hundreds of people in Colombia's main Pacific port of Buenaventura, in the past two years. There has been killing and dismembering which some call "chop-up houses." Colombian officials say they have investigated several "chop-up houses", and the state's office have reported that there have been at least eight cases of dismemberment's over the last five months of last year. they have evacuated 13,000 people last year.

MY REACTION:
it is awful how many people have died or disappeared like this. If people around here started disappearing i would really really out and wonder what was going on. I am surprised that they haven't found out any more information than this so far.
Posted by Unknown at 6:00 PM No comments:

Syria Removes Half of Chemical Weapons 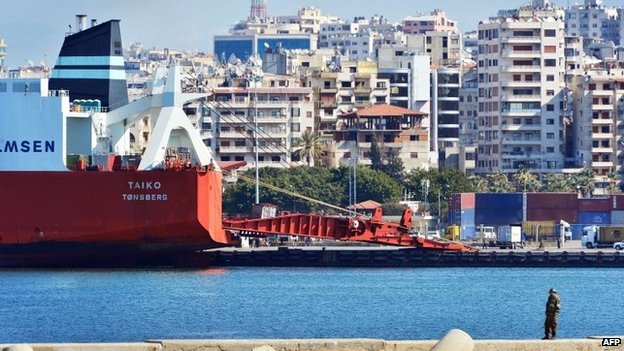 It is about time that the UN starts getting rid of Syria's chemical weapons. I feel sorry for the people fight the government because the country is kill it own people inhumanly. I think the countries should do more to Syria, not just threatening Syria. Hopeful the destruction of these chemical weapons will come sooner then June 30th

Summery:
Normally you thought the iPhone 6 was gonna be out in 2013 but there has always been in order we were not gonna get the iPhone 6 till' 2014. technically its gonna be the iPhone 8. the iPhone 6 will be released September of 2014. Apple is definitely testing it, but might not bring it to the market.

My Reaction:
I'd love to just see what the iPhone 6 is gonna look like i know it's gonna be expensive though. Just like the iPhone gold. I'm pretty sure its gonna be somewhere between 600-800 dollars.

Read more about the iPhone 6: http://www.techradar.com/us/news/phone-and-communications/mobile-phones/iphone-6-release-date-news-and-rumours-1099865

\The chairmen of the United States Committee is concerned with the attacks that been going on of the Rwanda dissidents. Edward Royce wrote to Secretary Of State  John Kerry about the killing earlier in the year that had the involvement of Rwandan dissident in South Africa. There was also another dissident that was killed earlier this month leading to the expulsion of Rwanda.The Republican leader was assassinated in an hotel in Rwanda

Reaction-This is a sad situation because the citizens of Rwanda have really been through alot. I couldn't imagine how it must feel to be scared for your life weather or not your going to live. I feel sorry for them because i know there was alot of people who lost their lives over non sense. Rwanda is a country that needs to be in everyone's prayers. 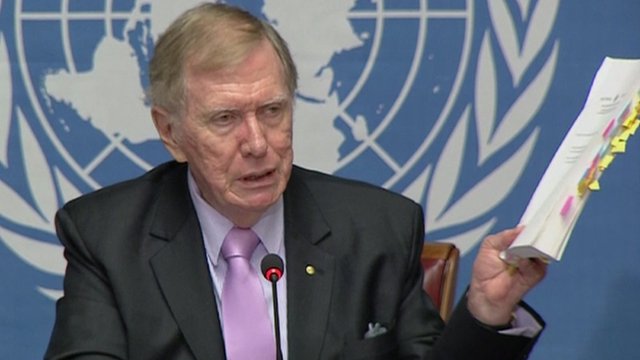 
UN officials say that North Korea is committing crimes just like the Nazis did during World War II. That North Korea has committed Genocide in their own country secretly. The person responsible for this Genocide is Kim Jong-un who has build secret prison to imprison and kill anybody that protest against the government. The amount of testimony about the genocide concludes that North Korea has done such a thing. A victim of the crises said that she was force to drown her own baby. There are other stories similar in nature that took place at these camps. There are other testimony by a former General of North Korea, saying that this is been going on for years and the ways they torture people.  The UN is suggesting to put sanctions on North Korea for punishment for these crimes against humanity.

On March 20, A British man, Andrew Salmon, pleaded guilty to locking his wife in a shed and assaulting her for singing "Ding Dong Ditch the Witch is Dead." His mother died last December, and apparently, she was not sympathetic about his moms death, did not go to her funeral, and didn't provide any support to him. Salmon claims that she would sing Ding Dong Ditch the Witch is Dead at times. Eventually, he got fed up with her behavior, and when she got to their house one day Salmon said "it's my house now, you're not getting in." He then locked her in a shed. Later, she escaped the shed and then he punched her. Salmon has not been sentenced yet.

My Reaction: I think that if Salmon was dealing with that type of behavior for 3 months, something like this was bound to happen. It surprises me that he put up with it for as long as 3 months. First she didn't go to the funeral, then she continued not to support him. I would think that would be enough for him to do something about it, like kicking her out of the house or something. I don't think what he did was the best course of action, but given everything that she said and did, I think she deserved it in a way. Salon said "I shouldn't have done it and I am sorry but I was provoked into doing it."
Posted by Unknown at 8:57 AM 6 comments: 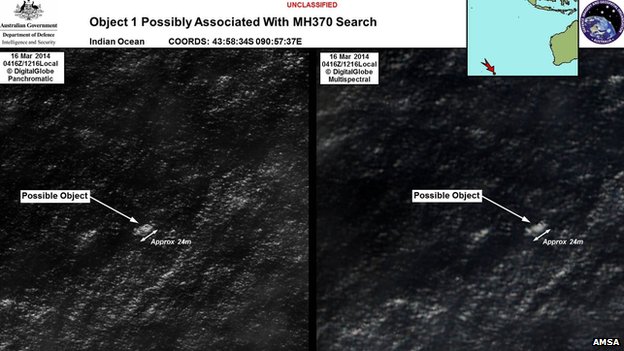 Australia is investigating debris of the coast of theirs shores. They think it may be connected to the missing plane from Malaysia. The size of the object is reasonable to the size of the plane. Australia is sending ships to the area to see if the debris is the plane. It is important to find the plane because they need to get the black boxes so they can figure what happen to the plane. There have been a total of 26 countries looking for this plane. There are so many theory about what happen to it. People say that it was hijack, or people think there was a problem with the plane. Hopefully we can figure out what happen to the plane when it crashed.